Whether she is going by the name Pony Castel or Pony Tricot, Marie-Pierre Castel remains one of the most bewitching and memorable figures in the world of French film in the seventies. Lovely, graceful and endearingly witty, several of Jean Rollin's key works are unthinkable without her striking presence.
Information on my favorite Castel is a bit hard to come by. She was born in 1950 and between the years 1970 and 1977 she appeared in just eleven features, sometime with her twin sister Cathy and sometimes without. Of these eleven films, seven were directed by Jean Rollin. The remaining features have for the most part unfortunately been all but lost in time, with the exception of her final film, 1977's Rene The Cane, a film directed by Francis Girod starring Sylvia Kristel and Gerard Depardieu.
These behind the scenes shots from Requiem for a Vampire capture Marie at her peak, filming what would become her most famous and iconic role. More to come on Marie-Pierre here in the future. 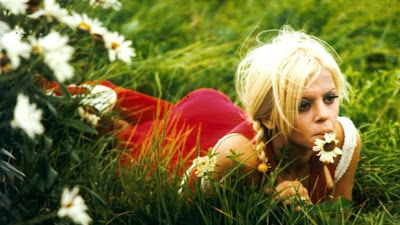 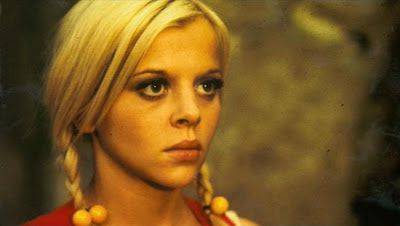 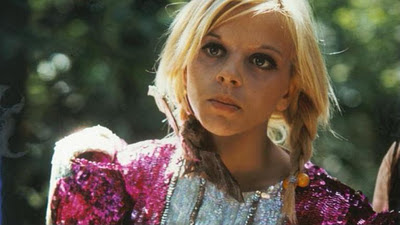 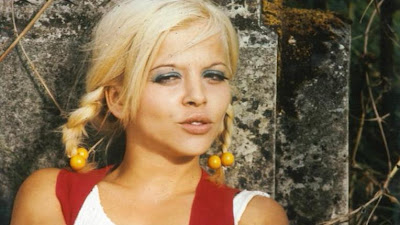 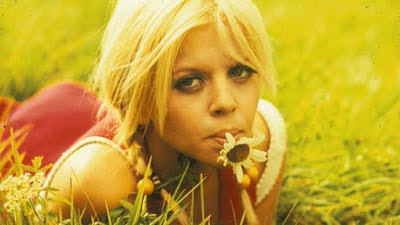 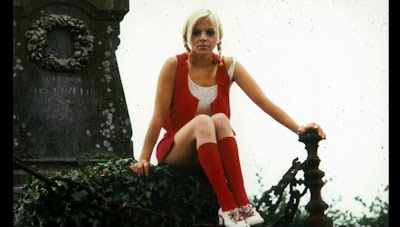 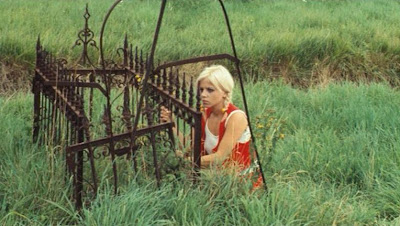 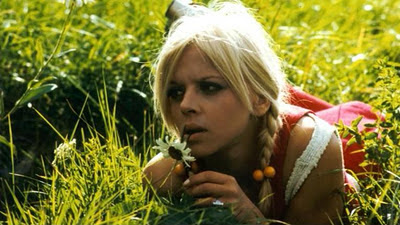 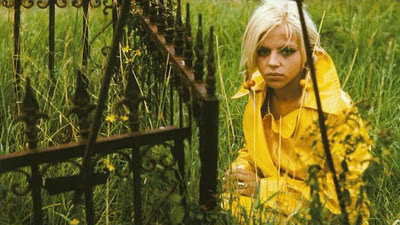 ***These shots are all taken from the incedible slideshow on Encore's Requiem for a Vampire box set. Please buy the set to the many others.***
Posted by Nostalgia Kinky at 8:01 AM

Hey Jeremy. I've never known as much about her as I would like. I always found her so beautiful. I've had a crush on her since I first saw her. Great pictures.

I thought I left some comments on this post, but maybe I didn't. I might have imagined I did. Not sure what I said. I do know I always had a crush on her. These pictures are great. She was always beautiful to me. I do wish she would have made more films.

Thanks Keith,
Sorry about the delay in posting that first comment. Things have been incredibly hectic here...

That's no problem at all. I understand. I figured I might not have posted anything. Hope you had a nice Thanksgiving.

At last, someone else who loves Cathy and Pony! The Castel sisters are my favourite Rollin heroines. Thank you for the gorgeousness!

It's really hard to find anything about them on the internet. Did they do anymore films as adults? Late 80's, 90's.

I wonder what current news there is on these girls in Rollin films... by now they must be in their 50s or 60s, and may have families... and I wonder how they look back on their famous roles? hehe

This links to these photo's are dead. could you please fix them?

I read somewhere that Cathy Castel is a director herself, now. I really hate to go with the crowd, but I, too, have a major crush on the Castel ladies, even though they're my father's age. I'll get time travel figured out one of these days.